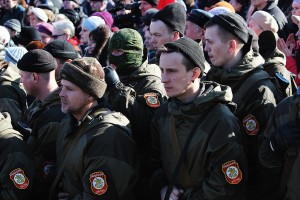 On the eve of the Day of the Soviet Army Donetsk’s Youth Theatre “Na Grani” (“On the Verge”) presented to the audience a play « Tomorrow Was the War » based on the novel written by Boris Vasilyev. The play recreates with authenticity the atmosphere of the 1930s-1940s Soviet Union, which stirs at once the feelings of admiration and horror, and, thus, mesmerizes and entices. The year is 1940. A small provincial town. A 9-year schoolgirl, Vika Lyuberetskaya, recites poems by the banned poet Sergey Yesenin. Soon her father is arrested as an enemy of the people. The girl gets hunted at school after that, and she commits suicide.

According to the director Tatyana Shatalova’s opinion, the performance is still relevant today: « If at least in somebody’s mind, after watching the show, arises an idea that it is necessary to stop the war and to start thinking about the future, especially about our children, thereat our work wasn’t a waste”. 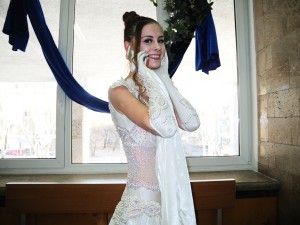 On February 23rd Donetsk National University hosted the « Gusarsky Ball » (« Hussar Ball »). Students of all the different ages and faculties took a part in it with a plesure. They performed both slow and dynamic dances. The whole event was accompanied by live music which did’t disappoint but only graced the atmosphere. 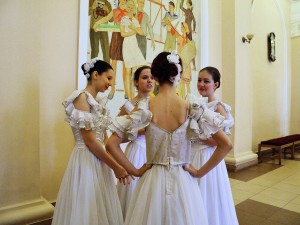 On February 23rd there was a concert held at the Republic Palace of Children and Youth Arts dedicated to the Defender of the Fatherland Day. With their show the performers congratulated both the young men in the audience and the World War II veterans. Everyone were left with the best memories imaginable. 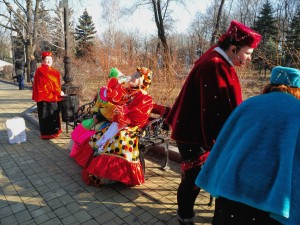 On February 22nd Maslenitsa came to Donetsk. This traditional holiday took place in Shcherbakov Park. The weather was lovely so citizens not only took a part in different contests, but also enjoyed the warm sunny day. 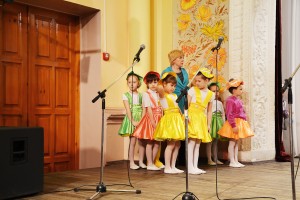 On the 21st of February the Republican Palace of Children and Youth Arts held a contest « Soloviniy rassvet » (« Nightingale dawn »). 25 vocal groups competed in the three different age categories. The jury was pleased with the participants’ good skills and with a quality of performances. The audience was very satisfied with the event as well. Ministry of Education and Science of the Donetsk People’s Republic awarded the winners with honorable diplomas. 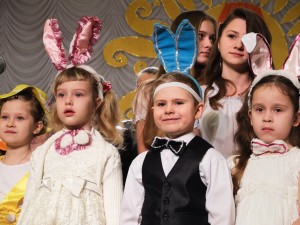 Today is Tamara’s Birthday. She’s 15. In the Palace of Pioneers of the Republic (our building) in Donetsk took place the Regional Children Singing Contest with about 25 teams from all DNR region. She didn’t want to miss her first trial for arguments.photo 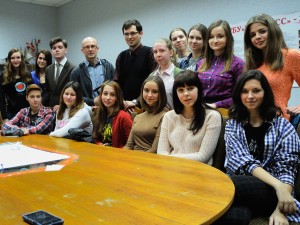 Surrounded by Nastya and Alexey and all the members of « ЮнПресс », the Circle of Young Journalists to whom I’ll lead my photo workshop in Donetsk. 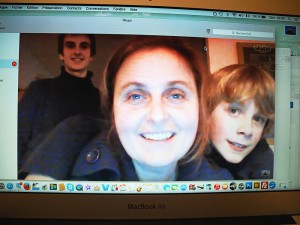